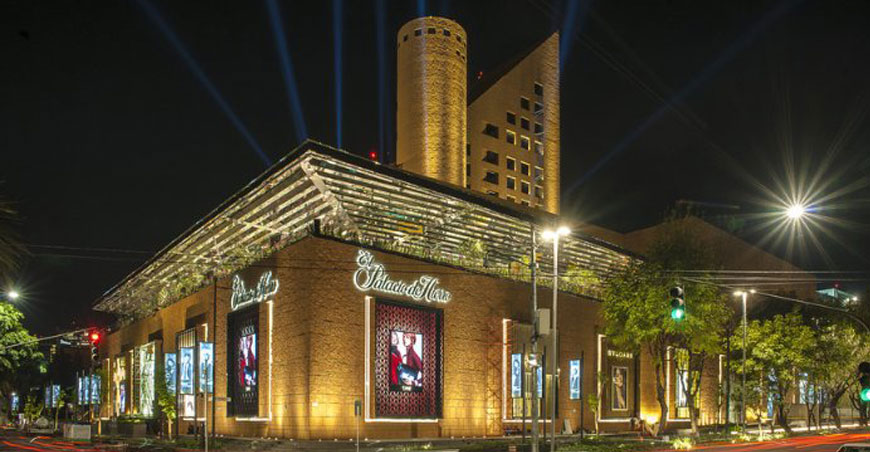 The opening of the new El Palacio de Hierro store in Mexico City, at the site once occupied by the Moliere 222 shopping center has created a milestone in the development of luxury department stores worldwide. With an investment of US$300 Million, the new Palacio de Hierro Polanco is not only very large but also very luxurious. Its 55,248m2 of sales area makes it one of the largest department stores in the world, but what it makes it stand out from any other store is the quality and the number of brands that have a presence.

The department store concept emerged during the second half of the nineteenth century with some legendary stores such as Le Bon Marché (1852), Printemps (1865), La Samaritaine (1869) and Galeries Lafayette in Paris and continued in the early twentieth century with the opening of iconic stores like Harrods (1905) in its current location and Selfridges (1909) both in London.

The concept grew quickly in the United States after 1920 with the emergence of JC Penney and Sears, and spread globally with the development of the American Mall in the 1950s. There are currently department stores in virtually every region of the world, just to mention some well-known; La Rinascente, founded in 1865 in Italy and El Corte Ingles, founded in 1934 in Spain, but even in the Soviet Union, Lenin founded the GUM department store in Moscow in 1921. There are some countries with very successful department stores concepts such as the UK where John Lewis, House of Fraser, Harvey Nichols, Marks & Spencer and Debenhams are from and South Korea where we can find Lotte and Shinsegae.

In Latin America, there are also very successful department store concepts; worth mentioning are Falabella, founded in 1889, Ripley, Almacenes Paris and La Polar from Chile, Oechsle founded in 1888 in Peru and Siman and Felix B. Maduro from Central America. In Mexico, the two largest chains, El Palacio de Hierro and Liverpool, which were founded by European immigrants more than 100 years ago, with no doubt feature some of the best department store design globally.

The new Palacio de Hierro Polanco, located in the prime block surrounded by Moliere, Horacio, Homero and Platon, is reborn as the ultimate destination of luxury, fashion, home and style in Latin America and is not only the largest department in our continent, but the first to accommodate new concepts and brands from around the world. It is worth noting the ladies’ shoe section with 1,800m2 and the gourmet area which includes a terrace of 1,570m2.

Paying tribute to the Mexico City, the store is inspired on some of the most representative districts of the capital. For example, the central corridor that crosses the entire ground floor represents Paseo de la Reforma, the capital’s main artery. Lomas de Chapultepec and Polanco are represented in the next level dedicated to ladies’ fashion; while the second floor of gentlemen, technology and gourmet, are influenced by the Roma-Condesa corridor. Finally, the Pedregal de San Angel neighborhood is interpreted on the third floor of Home & Furniture.

The store’s four-story vertical circulation, led to the creation of two courts, the principal one, sports a spectacular glass dome trough which the BAL Tower can be seen in all its glory; the second, has an imposing LCD screen on its ceiling, reproducing digitally the image of the historic stained glass of the original El Palacio de Hierro store, created by Jacques Gruber in 1921.

International design firms such as TPG Architecture and Gensler were in charge of interior design. The iconic pyramid building of El Palacio de Hierro, was tapped again by Javier Sordo Madaleno, firm responsible for the original design of this mixed-use project opened in 1997.