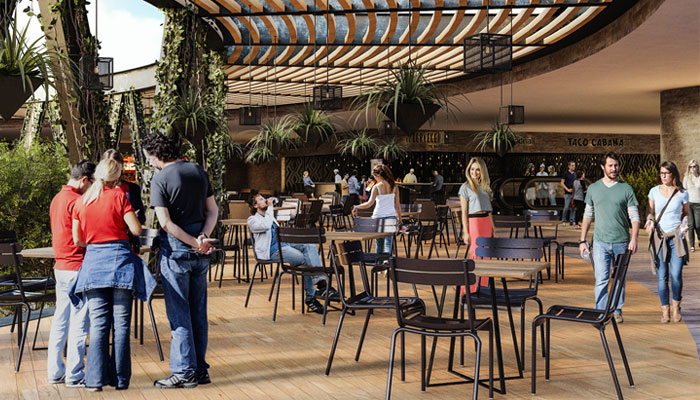 Latin America’s food and beverage retail scene is extremely vibrant but also fiercely competitive with a stronghold of local majors, so entering requires forward-thinking and a strong partnership strategy, an expert says.

Latin America now boasts more than 1,800 shopping centers, each spanning more than 10,000 square meters, with a large majority in Mexico, Brazil, Colombia and Argentina, according to Lizan Retail Advisors, and Walmart, Falabella and Liverpool are three of the region’s retail heavyweights.

In grocery, for example, he said there was some international presence but many multinationals had experienced “mixed results” , even majors like Carrefour – the second-largest retailer in the world.

Carrefour, he said, had a dominant presence in Brazil and Argentina but had tried and failed to gain traction in Mexico, entering around 20 years ago through a two-year partnership but pulling out after ten years operating alone. Walmart, by comparison, had developed its stronghold in Mexico and Central America through an acquisition of a local player around 25 years ago, he said.

‘Investing in the future’

So, what exactly were the top three retailers doing right?

“Liverpool hire the best architects to do their designs, not only the facade but the architectural design within the stores, and you feel really good inside. …Of course, it’s a very high-end concept. It is an experience, it’s not just about going to shop for your groceries. This is how they’re innovating – it’s very visual and attractive –also, in terms of the products they deliver, they have imports from all over the world.”

For Falabella, success pivoted around its commitment to innovation, he said. The Chilean department store had recently committed 80% of its development budget to technology like e-commerce and in-store tools, for example, despite only notching up 14% of sales online. “It’s a huge investment for something that is still a very small part of their business.”

Walmart, he said, was heavily invested in talent and staff for its e-commerce and omni-channels, for example, and had also outlined plans to introduce an array of technologies beyond simple click and collect models.

For any retail looking to enter or expand in Latin America, Lizan said all of this would be crucial to consider but being different was vital.

“My only recommendation would be to try not to compete in the same sector and niche, rather bring something different. If you can bring something innovative; something that’s not in the region already, then the opportunities are huge.”

Partner up! And know your consumer…

For new entrants, Lizan said a strong local partner was a must but no easy task to secure.

“Finding the right partner is a big issue because there are always more brands interested in partnerships with someone than potential partners available. There’s a bit of a bottleneck and it’s a big challenge in Latin America at this point.”

It was also important to fully understand local consumer needs, he said, because they were increasingly demanding and looking for experiences – “they want to feel something when they’re shopping”.  And this, he said, was true for every single demographic, irrespective of social or economic standing and applied to every market in the region’s retail scene.

“Of course, the wealthiest consumers can travel anywhere and shop anywhere, so they are very, very demanding but the medium and lower-medium classes are also demanding something that were not asking a few years back. …They are getting used to having more services, more offerings; they are getting used to modern retail and they are always expecting something newer, more innovative and something different. They also want international brands, not only local brands .”

Shopping culture was also very different in Latin America, compared to the US and Europe, Lizan said, because it had long been considered a social gathering place and destination to share a meal. Because of this, he said restaurants held a prime position within the malls but not just typical quick-serves, high-end, chef-driven dining as well.

“This is not a new phenomenon like in the US. In the US, you hardly see fine dining concepts within shopping centers but in Latin America, you can because it’s normal.”  Food courts and gourmet markets were also central to the Latin American retail scene and were evolving rapidly which presented an “interesting opportunity” for food and beverage brands, he said.

Opportunities, in general, were everywhere because the region had “one of the most vibrant food and beverage scenes”  in retail and generally, Lizan said.