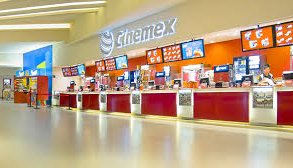 As part of a series of articles on Latin American retailers expanding globally, I was fortunate to interview some of the industry leaders responsible of taking their companies global. They have shared their experiences on global retail expansion and have confided with me the challenges they’ve faced and the opportunities they see.

In this installment we interviewed Jaime Rionda-Marin Foucher COO & CDO of Cinemex, the second largest movie theater chain in Mexico which is expanding its operations into the USA and other markets. 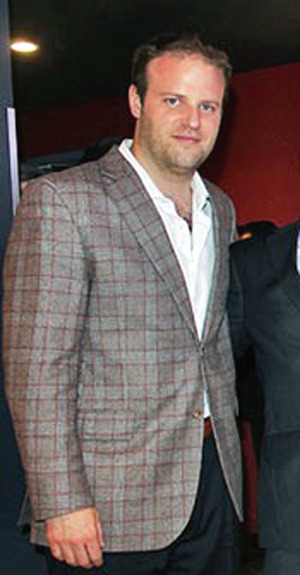 Jaime, could you tell us:

In which countries Cinemex currently operates?

In Mexico today but we already have signed contracts in the United States and we are starting our expansion in Central and South America.

What markets are you aiming to conquer?

Our main focus is on the American continent but if an opportunity arises in Southern Europe we could consider it.

How did the company start?

Cinemex started with a college business plan. Adolfo Fastlicht, Miguel Angel Dávila and Matthew Heyman speculated that Mexico was ready for larger movie theaters. When the regulations were lifted with the new Cinematography Law passed in Mexico in 1992, Adolfo Fastlicht and Miguel Angel Dávila decided that Mexico City offered a market for a highend chain of theaters. In 1994, they secured $21.5m in equity financing from JPMorgan Partners and a partnership of the Bluhm family of Chicago, CMex Investors.and some Mexican former politicians The deal is generally acknowledged to be the largest venture capital start-up in Mexican history. The first Cinemex opened in 1995 in the Altavista Shopping Mall south of Mexico City. Later, in 2002 the company was sold to the Canadian ONEX and in 2004 was again sold to Carlyle Group. In early 2009 Entretenimiento GM its current owner acquired Cinemex. In 2008 GM of Mexico Entertainment bought the company based in Monterrey Entretenimiento GM acquired Monterrey based MMCinemas which later acquired other chains such as Cinemex, Lumiere and Cinemark. In 2013 Cinemex already merged as one company and since the acquisition Cinemex market share has grown from 18% to 35% in Mexico with sales of more than 100 million tickets.

What is the key factor that has made the brand so successful globally?

The service we provide in our multiplexes. We have developed virtual training programs in each of our theaters and have standardized processes that allow us to better serve our guests. Another important competitive advantage is the quality of our food, which are by far the best in the industry in terms of quality.

Cinemex is landing in the United States, what are the challenges and opportunities for the expansion of the company in this market?

The opportunities are in the VIP segment, in Mexico where we have a competitive advantage by operating this concept for more than 8 years. In this sense, we see a neglected market in the US for a population that has a high purchasing power. The challenge is to replicate our quality standards in other markets and at the same time adapting to the customers’ preferences in those markets.

We see us it as one of the top 3 operators worldwide. We’re also developing other concepts that allow us to offer our services to more people who are looking for different leisure options.

In one sentence, tell me about yourself:

I consider myself an entrepreneur, highly focused on results oriented; I have a long-term vision in the industry. I believe in teamwork and give my team the ability to make decisions and take responsibility for results.